DVD Review: This is Canoeing 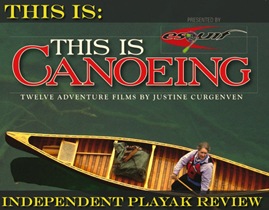 An Independent Playak review of Justine Curgenven’s DVD ‘This is Canoeing’.

The double DVD “This is canoeing “ contains a compilation of 12 stories about canoeing. In 180 minutes , filmmaker Justine Curgenven presents a mix of long and short, but all passionate films about interesting open canoeing-personalities, canoeing -events and open canoeing destinations, complemented by reports about canoe-expeditions. A wide range of aspects of the sport of canoeing is covered: from canoe-touring on placid lakes, canoe-racing on white water tracks and amazing freestyle routines, to expedition canoeing in stunning landscapes.

She did it again: with the “This is the Sea” DVD productions Justine surprised the seakayaking community and demonstrated that seakayaking is more than just a calm sport for bearded old men. Now she did the same with open canoeing. “This is Canoeing” is a varied portrait of the world of canoeing, loaded with action, beautifully filmed in fantastic sceneries, underlined with interesting interviews of great personalities in the canoe scene. Justine’s filming takes the viewer in the middle of the happening. She shows the beauty of the outdoors, the joy of gliding on mirror-like water and the thrill of paddling rough waters. 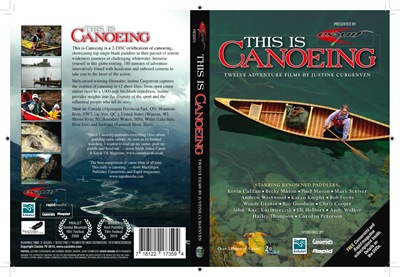 The first DVD opens with a portrait of author and tripper Kevin Callan who explains, paddling in the stunning misty scenery of Algonquin’s Barron Canyon, why canoeing is his life. In the same region Scott Macgregor paddles down the river with his 4 year old son. Eric Simula makes an expedition in the Great Lake area with a handmade birch bark canoe and tells about his fascination for the outdoors and for traditional surviving skills. In the film about Rannoch Moore (a classic whitewater canoe river in Scotland) Justine herself takes part in the action. Hailey Thompson is a young, very talented athlete performing at top-level in the open canoe world championships. The last film on the first disk is dedicated to the Moose: a wild river in New York State with challenging big volume grade 5 whitewater. Top canoeists run down the extreme rapids and talk about their motivation: thrilling action in open canoes without spray decks… 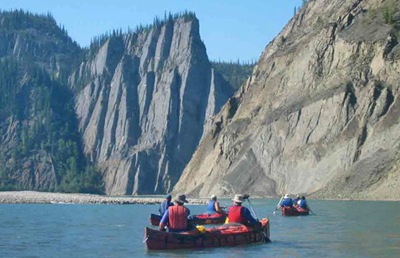 The highlight of the second DVD definitely is the expedition on Mountain River in Canada. Justine joined a 2 week adventure in this remote area. The river is visited by less than 150 canoeists a year, the wildlife is amazing, the scenery is unbelievably beautiful. The other 5 films on this DVD are shorter but interesting too. Canoe Dance is about the freestyle routines of Karen Knight and her partner: this is ballet-dancing on the water. I knew about Ray Goodwin’s excellent reputation as an entertaining sea kayak guide. Justine’s portrait shows that Ray is also one of the founding fathers and great names of open canoeing in the UK. Open Canoe Slalom takes us in the world of slalom competition were top-athletes and some lesser gods share the same slalom tracks. Becky Mason is the daughter of Bill (perhaps the most legendary canoeist ever) and Canada’s first lady of Wooden canoes. Spirit Dancer finally is about Canadian Chris Cooper who paddles with a 12 person-open canoe around the Isle of Skye – on the West-coast of Scotland, known as one of world’s best seakayaking destinations.

Because my own experience with open canoeing and single bladed paddling is limited (when the kids were young, I had a short open-canoe intermezzo in my paddling life. But as soon as they got their own kayak, I immediately returned to double bladed paddling, kayaking), I felt a slight hesitation to write a review about this open canoeing DVD. I am no insider in the scene and with my history perhaps a bit biased. To compensate my lack of knowledge and to prevent a too tendentious review I invited 4 “experts” to watch the DVD together with me. Alex, Paul, Guus and Jan are more into open canoeing than I am, varying from the occasional pleasure canoeist (Paul) to a convinced open boater (Alex). It was a good excuse for having a (what we call in Dutch) “een echte mannenavond”: an evening watching TV with friends and a glass of beer!

The films were analyzed thoroughly: Alex and Guus looked at paddling techniques, Jan at the design of the canoes and the different choices that were made regarding paddle lengths and Paul was very interested in the scenery. All appreciated the “realistic lifestyle” of Justine’s film work: although there is some real spectacular action to be seen on this video, Justine brings it pure and without exaggeration. Like Jan said: “the people in the film enjoy canoeing and being outdoors the same way we do”. Paul said: “watching this DVD invites to go out canoeing yourself”. Isn’t this the best compliment to give to a DVD about canoeing? 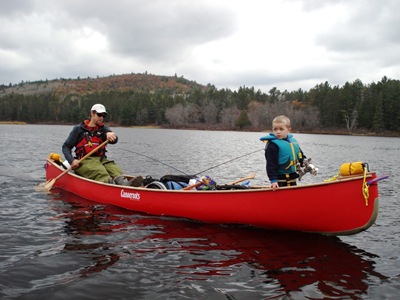 What I liked best were both expedition films, where Justine participates in the action. In the other films there is more distance to the characters and the action. This “distance” is exactly the difference with Justine’s seakayaking DVDs: when she portraits a seakayaker, you feel she is part of his/her world. That’s less the case with the portraits of the canoeists. There is sincere interest, sympathy and a good relationship between the documentary maker Justine and the portrayed canoeist, but it’s not yet the inside-world of “This is the sea”. I don’t regard that as negative, the viewer might even appreciate some distance and objectivity. 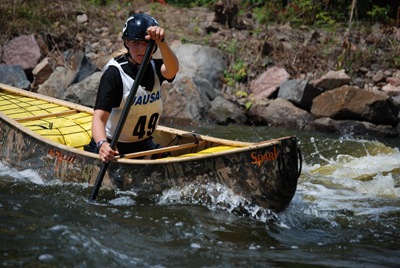 About the lay-out of the DVD: “This is canoeing” lacks a consequent visualization of where the films were shot. It’s strange: Justine did this exemplary in the later issues of the “This is the sea” –series, by starting every film with zooming in on a world map. I missed this a bit in “This is canoeing” because some locations were unknown for me.

The 4 canoeists and I enjoyed the evening watching “This is canoeing”: recognition of the canoeing experience, respect for the courage and the skills of the canoeists in the videos and astonishment and admiration about the spectacular action in open canoes. When you like canoeing, you’ll love this DVD!

danejackson added a video. 2 days ago