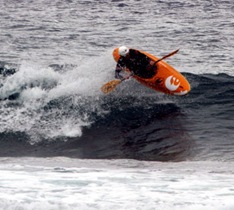 Interview with Nathan Eades from Wales about the 2009 Worlds, soul surfing in Tonga, and more. 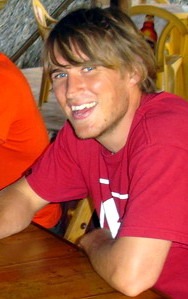 Hello Nathan. We’ll be talking about an incredible destination in this interview, but first, any thoughts about the Portugal 2009 Worlds?
I really think this turned out to be one of the best I have attended! There were bars on the beach, music playing all day long, free food for competitors and a massive infrastructure which all together made an incredible atmosphere! The worlds committee did an incredible job and worked hard to get heats posted and get things done. I really liked the decision to drop the wave total to 2 from 3 and feel that this lead to competitors going for bigger manoeuvres. The weather and waves played ball too which is always a bonus.

Satisfied with your achievements?
These worlds were pretty special for me really, I would never consider myself a competitive surf kayaker and certainly that is not my motivation to go out surfing. I am a soul surfer, I love surfing and that passion for waves has been my drive in getting me around the world to visit some amazing countries. Having said that, Portugal turned out pretty well for me in the end. I spent most of last year working with Dave Savage from Airtime, to design a new surf kayak and picked up the prototype of the ‘Alushe’ the morning I flew to Portugal. Luckily the boat was exactly what I hoped it would be - a development of my previous design with tighter rails and a round tail which resulted in it being much faster and more manoeuvrable than previous models. I was concerned that it might take me a while to get used to the new toy, but it just did everything I wanted it to and carried a phenomenal amount of speed! 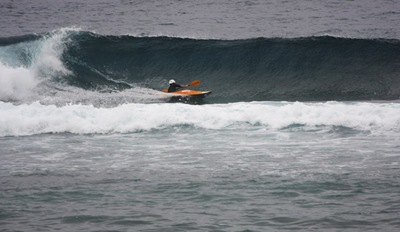 And about Naomi… did you expect this victory?
After the trip to South America, I was really confident that Naomi could perform well, so I really was there to support her and somewhere along the line I found myself in the final too. To be leaving for home with a trophy each was pretty amazing, and to think Naomi did it in the style she did makes it even more amazing!!

After Portugal you spent some time in Wales and then, Tonga! Why Tonga?
We came home for 3 days then flew straight out to Tonga along with Marc Holland, sadly Joey couldn’t come along for this trip but the three of us are used to surfing and travelling together so I knew we were in for a good time!

Since Tahiti I’ve always planned to head back to a south pacific Island and over the years have been spending a lot of time on the Internet looking at pictures of Tonga but never got round to getting out there. Finally this year we managed to get some funding from Canoe Wales and took the trip. Actually the worlds in Portugal coincided with the original dates we set and we very nearly didn’t go to Portugal (kind of glad we did now though!) 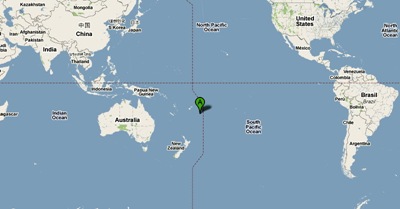 The reputation Tonga has is a destination of powerful waves with a shallow reef and nice warm water, so we were pretty confident that we’d have fun!

How was the surf?
The surf was great! We scored some incredible waves which were super hollow and super fast, with a nice powerful lip to wack, and as I said earlier, the water was warm. I remember taking off on one wave and flying across the face of it just making it through each section and smashing the lip right the way along. I was so stocked that I remember thinking that that ride was worth the flight alone! Unfortunately we only had 5 days like this in 3 weeks and although there was plenty of other cultural things to do and see, it was a long way for 5 days surf.

And the local people… How were you received?
There were a group of Kiwi guys staying at the same accommodation as us who hadn’t seen surf kayaks before and couldn’t believe what they were capable of. Marc hit an aerial one afternoon and these guys couldn’t believe what they were seeing! The locals thought we were either stupid or crazy surfing the waves as the reef was so shallow- some days the boarders would stand up and the water was up to the top of their calves. Everybody in the water warmed to us pretty quickly as they hadn’t seen kayaks there before and had no negative ideas about us, so the attitude in the water was mellow and to be honest the reef wasn’t a problem. Marc smacked the reef hard one afternoon and took a chunk out of his boat but as I remember he pulled into a closeout so he deserved that beating! 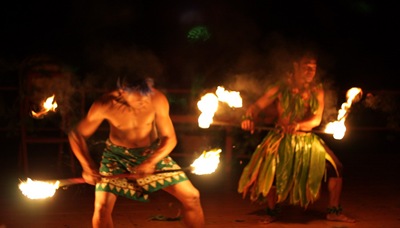 Best memories from that island and people…
The friendly locals, who always went out of their way to say hello and make you feel welcome. The incredible snorkeling which felt like you were looking into a tropical fish tank. The chilled out way of living on Tonga and the friendly safe atmosphere! 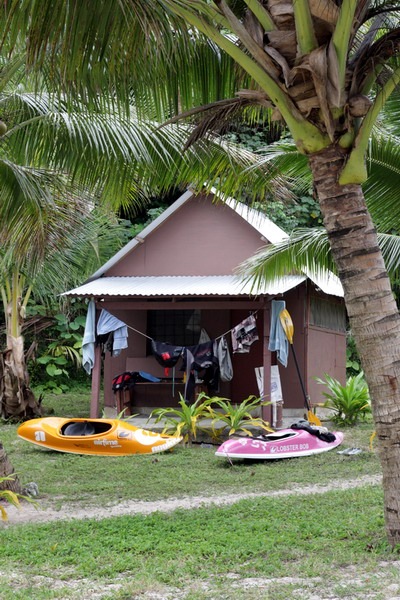 What gear are you using right now?
I’m in my new design manufactured by Airtime - the Alushe. We are also working on a smaller women’s and junior boat, and a large persons boat too. I use Shred Ready helmets as they are stylish and incredibly strong. Nookie kayaking wear, and Robson Fluid paddles. Lobster Bob give me and Naomi our clothing and support any events we run. 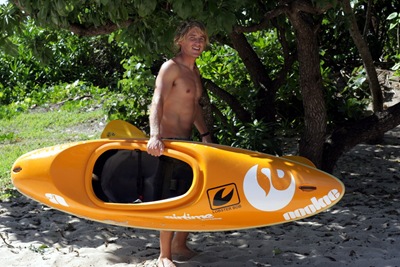 You already surfed in many countries (Brazil, Basque Country, Portugal, South Africa , Tahiti, USA, Costa Rica, Sri Lanka, Morocco, Ecuador). After Ecuador you said that would be, probably, the best spot you have surfed... and now?
If everyday was like those five I described, then Tonga would win hands down. Unfortunately it does require quite a specific swell direction so those classic days aren’t as consistent as other countries I’ve visited. I think I’d like to return to Tonga and work for a year there and grab the good days when they come. 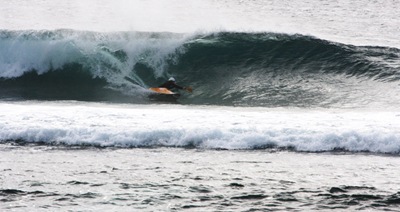 South America definitely stole my heart on the last trip and I think I’ll be returning for another trip there soon, maybe Chile or Mexico, but for now I need to work and save some cash for the next adventure. 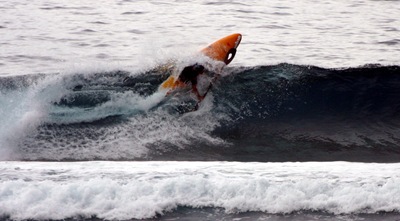 Imagine I want to go surfing to Tonga… what kind of advices do you give me?
Go it’s a cool place, but pack some patience and a lot of books. And don’t forget your helmet. 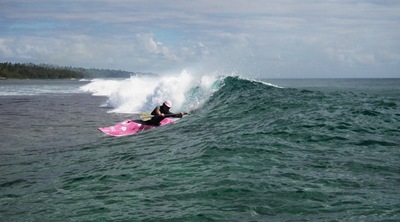 Some final remarks for our readers?
Working is seriously overrated! Save some cash and go see the world, get out of the rat race and do what you love, so you don’t spend the rest of your life looking back on what you could have done!

Thanks Nathan! Can't wait for your next surf trip!