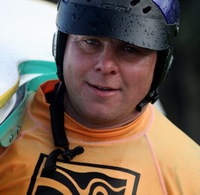 Name: Peter Blenkinsop
Age: 37
Occupation: Engineer
Address: Cornwall, England
Competition records: Highest placing, 3rd 2003 HP class, Been in top 13 of world since 1997 in either long or short boat.
Paddling experience: Been to all world championships since 1995, and all Home International since 1993 except for 2010 (as I paddled the Grand Canyon instead). Paddled for England team since 1993 continually, and was selected in 2010. Captain of England team for 4 years, Manager for 4 years.
Sponsors: Gath, Robson, Gone Paddling Web Site, Future Kayaks.
Gear: Random/Future kayak Evolution, Mega Trident and Neutron. Robson Fluid paddles, Gath Helmets, Reed Cag decks.
WSKA: I have been chairman for 3 years, I write the rules and update them.

Hello Pete! Tell us... how did you start surfing kayaks?
I started kayaking at the local canoe club (1990), soon I join in with the local group who were surfing at the local beaches. the following year, my brother got me into surf skis. I competed on my ski at both kayak and ski competitions. I then paddled for England as their ski paddler at 2 home internationals (1993 and 1994), then at the 1995 world championship in Costa Rica. I also entered in the kayak class (my first kayak competition in a kayak) and got 19th. This was the last year for skis at kayak events, so I moved over to a kayak for the next year.

When was your first time in Portugal?
Me and some friends headed to Peniche for one of Portugal's competitions in August 2005.

When did you start competing?
I started to compete as a Junior ski paddler in 1991 in British Wave Ski Association competitions. My first kayak comp in a kayak 1995. When was the WSKA founded and what are its main objectives?
The Association was founded in 2003 at the Worlds in Ireland. This was to mainly to keep continuity through out the worlds at different events. Previously, there was problems where the rules were as each county dictated, and also how it was run. So the WSKA was set up to keep one set of rules, and to make sure the next worlds were as good as the ones before.

Does the WSKA maintain any communications with the World Waveski Surfing Association (WWSA)?
No we do not keep any communication with them. Not because we don’t want to, It's just never come up.

The WWSA signed a cooperation agreement with the ICF. What's the position of the WSKA about this agreement?
If the WWSA feel it will help them to join up with the ICF, then that is probably a good thing? We have been in talks with the ICF a couple of times over the years with the ICF, and so far, it has not been right for us to join them. Maybe in the future, but not for now. 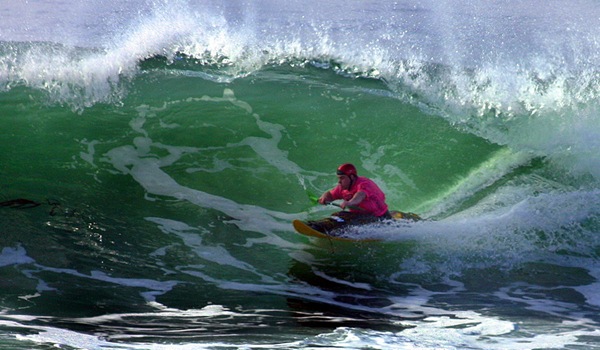 kayaksurf.net was founded in 2002 and never made any distinction between a surf kayak or a waveski - the most important is to have fun!
As both a surf kayaker and a surf Skier, I don't have a problem with either craft. they both have their places. as we have seen in some competitions, when these craft compete against each other, it can all depend on the paddlers, there craft and the conditions to say which is better. All a matter of preference.

In Portugal (like in Argentina, Galicia and Brazil, for example), the national circuits include surf kayak and waveski together (the competitor can compete in both categories in the same event). How do you see this kind of event with both crafts in the same competition?
We sometimes do this in England too, But for a world event... Not at the moment. The Waveskis have a well established event already (which is why it was removed from our events 15 years ago), and all our events are having problems with all our classes in the time we have to run the worlds as is.

Did you like the Portugal 2009 Worlds?
Good parties every night. I liked the VIP area. 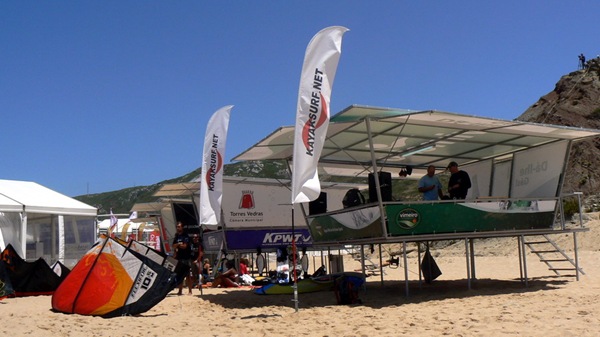 WSKA headquarters during the 2009 Worlds in Portugal - in the tower: Pete and Joey Hall.

Expectations regarding the next World Surf Kayak Championships in the USA?
I think it will be different (no music festival) but more like previous ones. looking forward to it. Not surfed on the east coast USA yet.

What will the competition be like?
Not much different to the last ones. Counties can select their paddlers how they like. We will probably run a seeding event for the individual competition, the same or very similar as the last competition.

Will the "rules book" have any changes for this edition?
The are a few points that have changed, i.e. buoyancy has needed to be quantified as people were using impact vests that were no more than a neoprene vest with a thick part to it. So they all need 50N of buoyancy now. Boat need to have Proper manufactured buoyancy, not beach balls and inflatable globes etc. There is also some rules that have gone in, that were in the rules, just not written down, like country criteria etc. Masters to grand masters age has slightly changed, as there was a short age that people were not eligible for either classes. Also a few wording changes, but not much this time around. 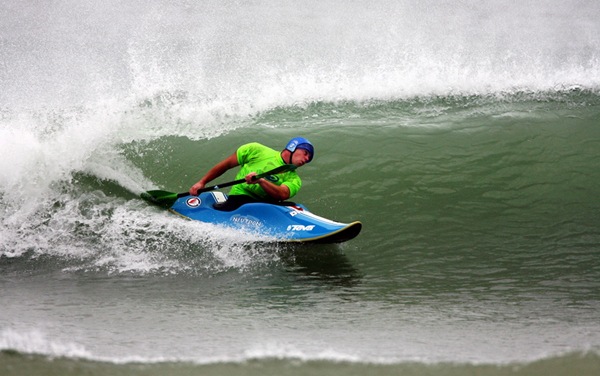 The new WSKA website is "in progress" - when it will be online and updated?
Very soon. but most of the information is at: www.worldchampionshipsofsurfkayaking.com , we will let you know.

How do you see the evolution of surf kayaking?
I think it will get steadily bigger over the next few years, but to a point when we need to make some big changes to shorten the competition to keep it at a nice length. Most people cannot keep up competing for much longer than 10 days without getting too worn out, and most people can only have 2 weeks off work including travel time.

How does the WSKA communicate with countries that already have their own surf kayak circuit?
At present, the WSKA committee is made up from people from 9 competing countries. The rest is through mailing lists, from old competition contacts to Facebook, and various websites like this one. 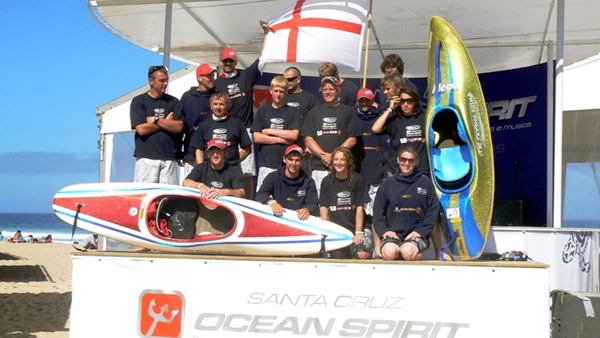 Final remarks?
I am looking forward to the next world championships. I would like everyone to remember that all of the committee members of WSKA are there only to keep this a fair and good competition, and that we are all volunteers and do this only for the love of our sport.

Thanks Pete and all the best for the next Worlds! 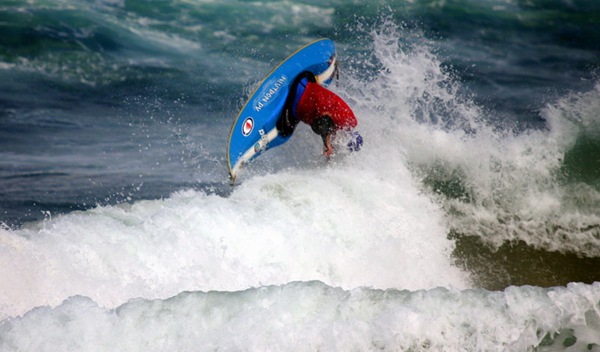