Q&A with Corran Addison about his homecoming to Riot Featured 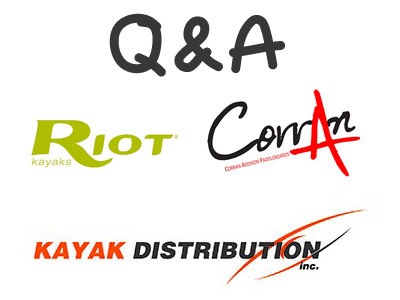 I caught up with Corran Addison for a quick Q&A about his homecoming to Riot Kayaks. More details about the move are available in this press release.

After having designed kayaks for Perception and Savage Kayaks in the early 90s, Corran started a new kayak brand called Riot Kayaks in 1996, together with the then Canadian Savage distributor Jeff Rivest. Back in the Savage days, he had designed a couple of kayaks that were radically different than anything else on the market - flat hulls and hard edges just seemed a ridiculous idea to most paddlers back then. Looking back, the design principles made sense, but those first Savage boat took it a bit too far and were really difficult to paddle. At Riot, Corran managed to turn those designs ideas and turn them into high performing boats (e.g. the Glide), and then to even make them easy to paddle as well (Disco).

A quick side note about the relationship between Corran and this website: Corran was a true early adopter of the Internet and very talented as a guerilla marketer, and since web hosting was my core business back then, I met him online. I was immediately convinced by the advantages of flat hulls and was the first person to import a Riot kayak to Switzerland. People laughed at my boat, but I was the only one in the country who could side surf, blunt and spin on green waves, so I had fun watching them laugh. Corran also liked what I was doing with playak.com, and so Riot became the first ever advertiser on the website back in 1998. When I span off supzero.com in 2012, Corran SUP again became the first advertiser there.

After internal struggles between Jeff and Corran in 2003, Corran left the company and started Imagine surf boards, which started their lineup with river surf boards and pure surf boards, and later added standup paddle boards. Simultaneously Corran also became the designer for the new Italian kayak brand Dragorossi, which again brought some pretty radical kayak designs to the market. After selling Imagine to the Pryde Group, he started a pure SUP brand called Corran SUP in 2012.

In the meantime, Jeff had sold Riot Kayaks to Marc Pelland, who had already been very active in the skateboarding industry, but now diversified into kayaking through his new company Kayak Distribution, which later also invested in several more kayak brands (Tahe Marine, Zegul, Boréal, to name a few).

To help Corran SUP grow further in 2015, Corran started looking for new investors, and guess who was the one in the end? That's right, full circle: Marc Pelland of Riot Kayaks. 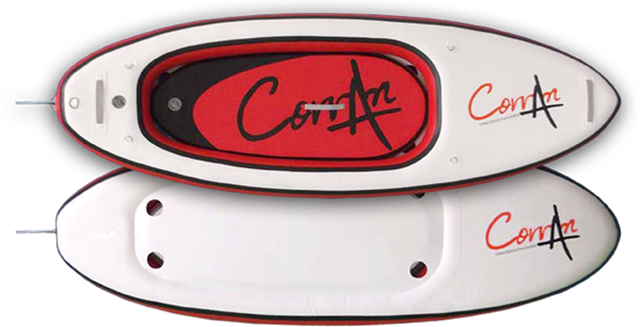 I wanted to know a bit more about the deal, so I did a quick Q&A:

What exactly will the deal mean for Corran SUP as a brand and company?
The Corran SUP brand will continue to exist as a line of boards within the Kayak Distribution company, just like Riot and Boreal design are brands within that company.

When did you get to know Marc Pelland? Has this been in the works for a long time?
We've known each other for many years, but it wasn't until the Outdoor Retailer tradeshow in 2014 that the topic even came up, and then it was just a muse. Nothing really came of the initial idea at that moment.

Is there a roadmap for your design work?
For 2015 I'll be concentrating on the SUP line. Then when time permits I'll begin to work on the new whitewater models. How much I'll be involved with rec and touring remains to be seen. 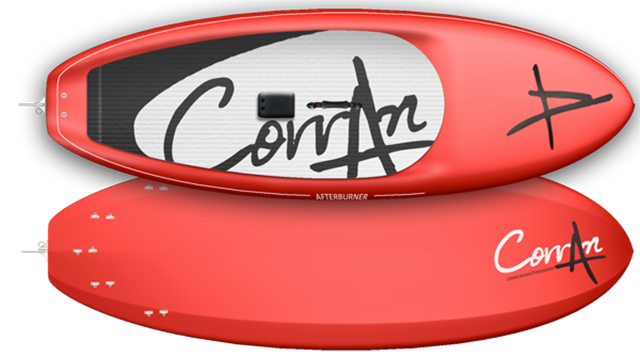 Will you also be involved with the Riot team (i.e. reviving that)?
It's not sure now, but most certainly as we approach 2016 we'll be making some decisions as to how involved I am. A lot of it has to do with how much of my time is required in the Corran SUP brand daily.

I assume you did follow the kayak market during the last couple of years. What annoyed you most about developments or lack thereof?
I don't think there has been a lack of development as such. It's just you can't sustain the sort of development we saw in 1995-2002. It had to flatten off. Whether there is a future design revolution on the horizon remains to be seen.

Where there has been a real lack of development is on manufacturing and materials. Essentially kayaks are made exactly the same way today as they were in 1972 when hollow form came onto the market and that's pretty sad.

Any plans already for new kayak designs?
I have a couple of ideas for new creek boats yes. Things I want to develop and explore. I have not given playboats much thought yet. All in good time. But this time my focus will be more on how to make a kayak than in trying to revolutionize shapes.

Will you move back to Montreal?
There is no plan to do that right now. I like it in San Clemente and intend to stay. 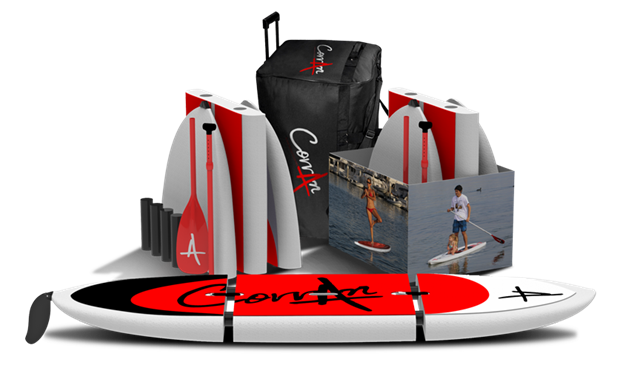 You said you'll concentrate on design and marketing. Is that referring to Corran SUP or will you also be involved in Riot marketing again?
Both. Mostly Corran SUP until we actually put together a new program for Riot. Then on both.

Will you stay a minority or majority owner of Corran SUP, or will you even become co-owner of Riot/Kayak Distribution?
The details of our partnership we're keeping to ourselves for now but let's just say I have a vested interest in all of it.

Do you expect Corran SUP to profit from new distribution channels? Extra growth in certain parts of the world?
Yes. This is the main goal. Expand distribution, simplify and streamline manufacturing, and offer better dealer service.

How does this affect your cooperation with DragoRossi kayaks?
I have unfortunately had to leave Dragorossi. This was the single hardest part of the decision as I have loved every minute of working with them. Believe it or not I worked for Dragorossi for more than twice the time I was at Riot and it was always an easy and harmonious relationship. The team at the factory and the paddling team became very close friends and I am really going to miss them all a lot.

On the positive side, any 'feelings' involved in 'coming home'?
Yeah. There is certainly a feeling of excitement here. Riot was the golden years and to be back at riot is something else. The main sales guy at KD, Mark Hall, was the sales guy at riot when I was there, and even some of the warehouse guys are the same. So there is certainly a huge emotional excitement to going back.

Thanks Corran, and good luck with it all. We're looking forward to the release of the Riot 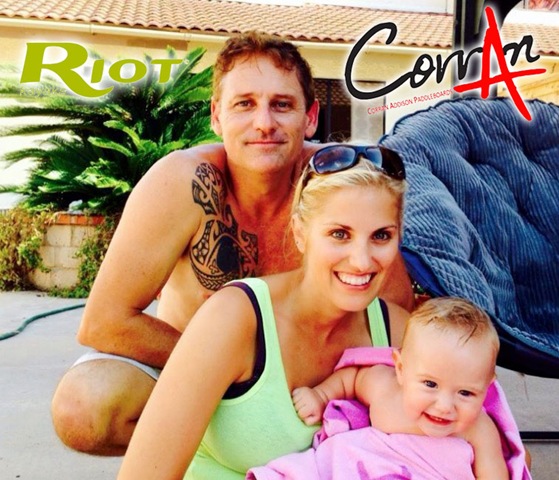