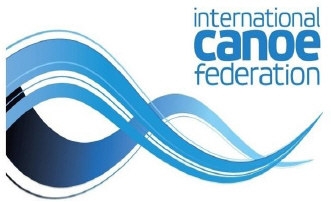 Release Date
June 20, 2010
Brand
ICF
Type
Press Release
An exciting afternoon here in Prague produced surprises left right, and centre. A mother/son podium appearance, as well as a Brit and a Swiss and an unfortunate episode of technical equipment failure.

Slovakia's Jana Dukatova finished over 3 seconds clear of Oblinger-Peters. Third fastest time went to Germany's Claudia Baer. Also to look out for in the final is World Champion, Jasmin Schornberg. Clearly more relaxed than in the heats, her strong performance gave her the fifth fastest time. Big surprise: Austria's Corinna Kuhnle performed convincingly in the heats. However, being the last to run in this morning's semi-final perhaps laid the pressure on. Corinna hit the gate once, but it was a slow time that knocked her out of this afternoon's final.

All change for the finals.

Big Surprise: Jana Dukatova's drama as the spray skirt came away from the boat, filling her boat up with water and her of kilter. The race was over for her as soon as it started.

Quotes: Jasmin Schornberg “I'm very satisfied with my run, and I'm very happy to be the first after the World Championships last year. So, I think everybody will know now that I can paddle and for myself it's very good.”

Fiona Pennie, “I'm really pleased, obviosuly it would be nice to be .11 quicker then I would have won. It was surprising watching the other girls come down afterwards, we thought it was going to be really close and lots of improvements could be made in the second runs. There were some mistakes made... there was that touch, a minor blip but I was pleased all in all.”

Big Surprise: More than a few will be surprised to hear that the fastest time of the Men's K1 semi went to a Canadian, John Hastings.

Big surprise: Switzerland, Michael Kurt was somewhat of a surprise bronze medallist. The first to run, he had time to get out of the water and watch his competitors while his fate unfolded.

Quotes: Daniele Molmenti (ITA) “I was feeling very good today... I did a solid semi-final, I didn't push really hard, I just wanted to do my job and it was good enough to get in the final. Then in the final, I saw the first five athletes and I thought a good solid run without any risks would be enough. I just made the same run as before and it was a really good time. It was really hard for the others to beat me. I think the guys after me heard the time because if Kauzer made two touches it's because he made risks. I think he heard my time and he tried to go over the limit.”

Lubos Hilgert (CZE) “I couldn't concentrate enough because of the fans half way down the course but luckily I wasn't too nervous or stressed. So it was a nice clear run, nothing special but it was enough for second place. The support from the crowd was fantastic, I was so happy they came and supported me, it was a great atmosphere here.”

Michael Kurt (SUI) “The run was ok, it was not perfect but some parts were really good so I'm happy at the moment. I just need to wait and see what happens.”

John Hastings (CAN) “It was fantastic, it was my first final ever. I finished seventh, I'm pleased with that, it's all about gaining experience and if you don't get what you want, which is gold obviously, you get the experience. We have two more World Cups left and one of my goals this year was to get on the podium so hopefully I can use what I've learnt here and get there.” About coming out top in the semi-final, he said, “It was brilliant, I was shocked. I'm sure I was as shocked as everybody who saw my name at the top of the leader board.” When asked if he felt the pressure building up while he waited for his final run, John said, “Surprisingly there was absolutely no pressure on me. This was my first final, my expectations were just to go out there and paddle as well as I could and I really didn't feel any pressure.”

In-depths stories of the days events are available on the ICF's website on the following links: