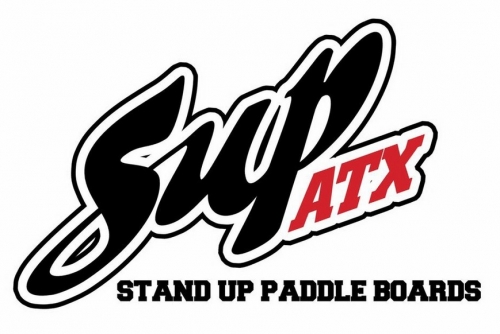 Address
515 S. Congress
City / Town
Austin
US State / Canada Province
TX
ZIP / Postal Code
78704
Country
USA
SUP ATX is credited with introducing and popularizing the sport of Stand Up Paddle Surfing (SUP) in lakes, rivers and surfing areas throughout the United States and around the world beginning in 2008. In its first year, SUP ATX grew into the #1 Stand Up Paddle Board Maker Worldwide.

Convinced the interest and demand for stand up paddling is far greater in inland United States than in the coastal areas, Founder Nick Matzorkis launched SUP ATX to design, develop and manufacture stand up paddle boards designed for ocean, lake AND river usage. The result is the SUP ATX line of stand up paddle boards that have since defined and revolutionized the stand up paddle board industry worldwide, officially moving the sport from the shores of Hawaii and Malibu to lakes, rivers and surfing areas everywhere.

It didn't take long for the sport to take off quickly in SUP ATX hometown of Austin, Texas. Not a day passes by on Lady Bird Lake in downtown Austin Texas without seeing hundreds of stand up paddlers gliding across the lake's surface.

SUP ATX Founder and Chairman, Nick Matzorkis is a serial entrepreneur having founded many highly successful enterprises around the world. Nick became an avid stand up paddler in Malibu, inspiring him to utilize his experience in creating and scaling large companies to spread his love for SUP around the world. SUP ATX CEO, Chris Dunn is a 20-year management professional having played the role of CEO, CFO and COO in several successful ventures, with additional experience in venture capital. SUP ATX President, Mike Bill and SUP ATX General Manager, Steve Mellem each have 25 years experience in all aspects of the surfing industry. Their vast experience includes surfboard manufacturing & distribution, managing the Becker Surf retail chain, online surfboard sales and shipping expertise. No one knows the surfing industry better than Mike and Steve and no other company knows how to guide the stand up paddle industry into the 21st century than SUP ATX.