This Is the Sea 3 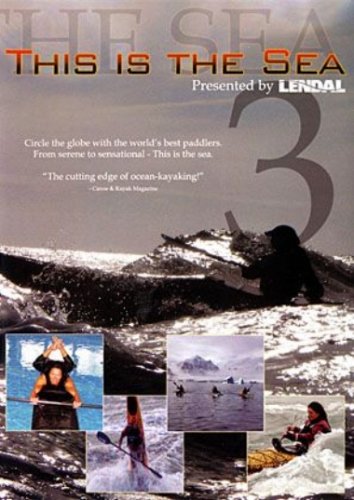 Featuring the 40minute film Epics In Ice - the dramatic tale of 3 Australians who paddle 800km down the Antarctic Peninsula in incredibly challenging conditions. They encounter winds so strong that they fear for their lives, they re trapped by moving ice and are plagued by injuries. This documentary is equally terrifying and hilarious as the team cope with their many hazards with good humor. Its all worth it for the beauty and wildlife in one of the true last wildernesses. Fantastic Seakayaking action including loops, swims and sweet surfs on the meaty Falls of Lora tidal race in Scotland. You will be talking about this for weeks! A rare insight into the legendary Paul Caffyn, who has circumnavigated practically everything including Australia, New Zealand, Great Britain, Japan, and Alaska! Footage of Paul in New Zealands Marlborough Sounds & Alaska, and a fascinating interview. Underwater rolling footage of Cheri Perry and Freya Hoffmeister, 2 of the worlds best Greenland style rollers. The 2 women give an insight into their very different motivations. Cheri performs the straight jacket roll, while Freya shows her famous headstand in the kayak. Justine Curgenvens expedition to the dramatic Faroe Islands in Europe. Fairytale scenery including the worlds tallest vertical cliff and thousands of sea birds. Gales break her tent, tidal races and fog challenge her on the water and local people invite her into their homes. Experience eating raw sheep and hunting for puffins. The beautiful Shetland islands in Scotland - including a trip to remote Foula, an open crossing in a thunder storm, paddling with wildlife and exploring caves. Beach surfing in New Zealand. Double Trouble in Wales, as some of Britain's best seakayakers try to transfer their skills to double seakayaks, with mixed results! Featuring: Paul Caffyn, Andrew McAuley, Cheri Perry. Freya Hoffmeister and Justine Curgenven