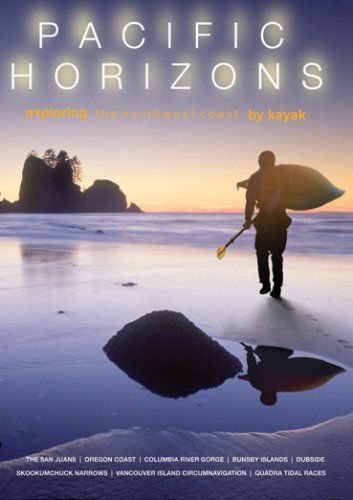 Showcasing some of the world's most sought after sea kayaking destinations, Pacific Horizons captures the essence of the ocean and inspires one and all to get out on the water and go kayaking! Blending wildlife, people, places and action-packed kayaking, Bryan Smith takes us on an unforgettable journey documenting impressive tidal race surfing; the Orca whales of the San Juan Islands; the Bunsby islands off the remote coast of Vancouver Island; 'commando kayaking' with Greenland rolling and ropes gymnastics champion Dubside; the wind and waves of the Oregon coast; and to top it all off, a special appearance of Justine Curgenven's film work depicting her journey around the Queen Charlotte Islands with Shawna Frankling and Leon Somme. Pacific Horizons is an entertaining, breath-taking and inspirational adventure film.