Canoe Atlas of the Little North 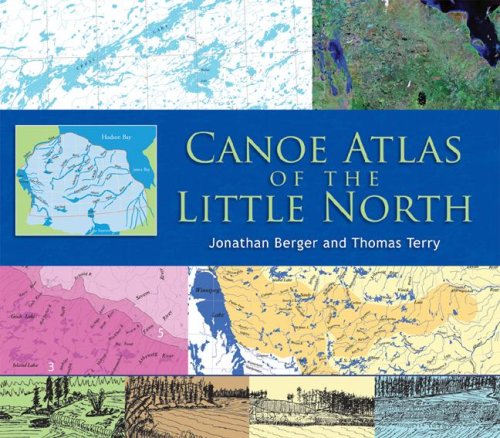 A landmark reference on a vast and historic area. First Nations people call it Nishwawbe-Aski, "Land of the Original People." The area known as the Little North lies in Ontario and Manitoba, north of Lake Superior, east of Lake Winnipeg, west of James Bay and south of Hudson Bay. Early French fur traders referred to it as Le Petit Nord, as distinguished from the vast area west and north of Lake Winnipeg, Le Grand Nord. Despite its name, the Little North encompasses over 20 major lake and river systems within more than 500,000 square miles.

This remarkable atlas, in an oversize format, is a landmark publication -- the result of five decades of travel, research and documentation. Its first section provides an overview of the region's geography, the nature of its canoe routes, and the influence of natural and cultural history on those routes. Its second, larger section features annotated versions of 50 topographic maps derived from the well-known Canadian National Topographic System and constructed in digital form by the Geographic Information Science Center at the University of California, Berkeley. Annotations include points of interest, portages, rapids and difficult passages.

This atlas is sure to be treasured by canoeists everywhere and by anyone fascinated by the history of the North.