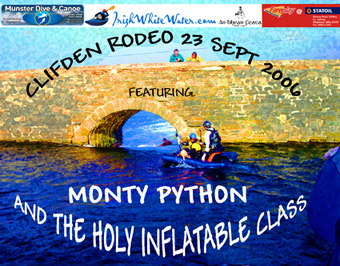 The event kicked off with the first ever inflatable race. This fun element had everything from dingys to inflatable ships, rubberducks and whales racing from upstream through the hole to a point downstream of the hole.

Aodhan Hudson even had time to stop in the hole for an inspired backloop much to the delighted onlookers and still clawed back to win the race. Andy Quinn won the best inflatable with fully inflatable pirate ship. 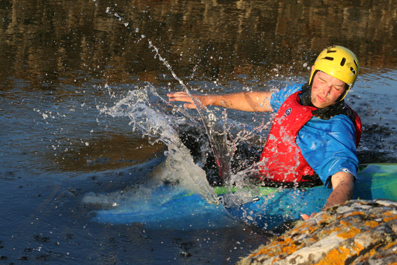 Aodhan Hudson warming up for the main event

After this it was straight onto the rodeo. With 30 competitors all fighting for the top spot we were very tight for time. So with 2 runs each and no final there was no margin for error. The eventual mens winner was Lenny Kelleher who stole the show with impressive kickflip entry moves and pure consistency in the hole. He was ahead of the field by an impressive 300 points with a top class performance.

There was a close fight for second and third place with Mark Leonard stealing it from Kilian Kelly by the smallest of margins. 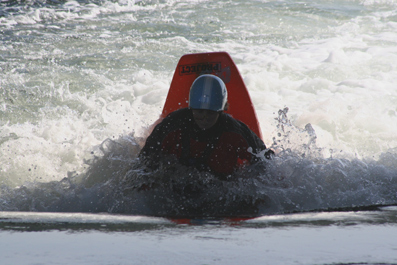 Tim Harris won the junior class and sorry to announce this was his last time competing as a junior, watch out gentlemen!

Best Newcomer went to Stuart Hamilton well done to him. 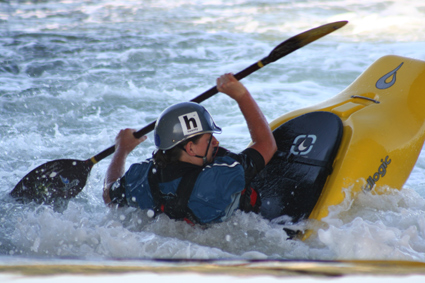 Later that evening everyone headed to JConneeleys for some finger food and the Monty Python theme night. Watsername played a great set which revved up the crowd as Monty Python films were projected onto the wall. Dave Crerar and Louise Cleary won best male and female costume as Roman nobleman and the Black Knight. 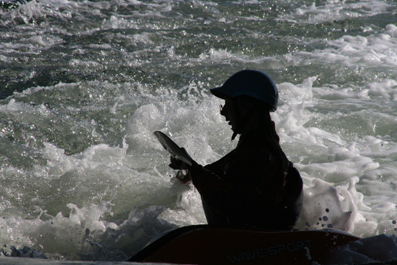 High spirits continued until the wee hours and Dj Enda Shmenda finished up the entertainment. With all the excitement a bit of ingenious crowd surfing landed Watsername lead singer Conor Murray in behind the bar. This much delighted the bar staff! At this stage the party continued at various locations throughout Clifden.

All in all another successful year with strong competition but always the emphasis was on fun! A special thanks to all Judges, Scribes, Timekeepers and especially Enda Cleary for a lot of hard work!

A special mention to Michelle Grannaghan for the lovely photographs!

Ciao till Next year
Jackie Ferguson