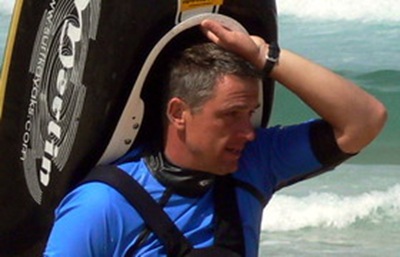 Interview with Glyn Brackenbury, kayak instructor and creator of surfkayakskills.com. 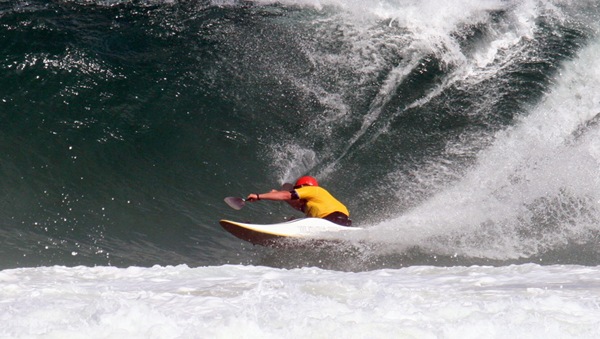 Hello Glyn. You’re Chief Instructor at Skern Lodge… does this activity has anything to do with kayaks?
Yes, we teach people to kayak from absolute beginners to top level athletes. We have 32 Instructors who all teach lots of different sports, and I help to organise them.

Your first competition was in 1990 and then you took a break until 2008… Got tired of competing?
I competed in the early 90’s very briefly, at the time mostly riding waveski because the surfkayaks then weren’t as good as they’ve become now. I then got into teaching and coaching and didn’t think about competing until I started again in 2008, because my son Aidan had begun to compete, and rather than sit on the beach and watch, I thought I’d have another go. I won my first competition in both HP and IC, but haven’t won one since! We have a really competitive league in England with incredibly talented young paddlers like Phillip Watson, Chris Hobson, Sam Davenport, James Hawker and Jack Horwell, and the immense experience of surfers like Gary Adcock and Pete Blenkinsop, makes it really difficult to get a win in the English league, which is great for competition.

What memories do you keep from the last World’s in Portugal?
I loved the Worlds in Portugal. It was a fantastic event, everyone we met was just so friendly it made us feel really welcome. My main memories of the event were:

Pat and wizzer added a video. 7 hours 31 minutes ago