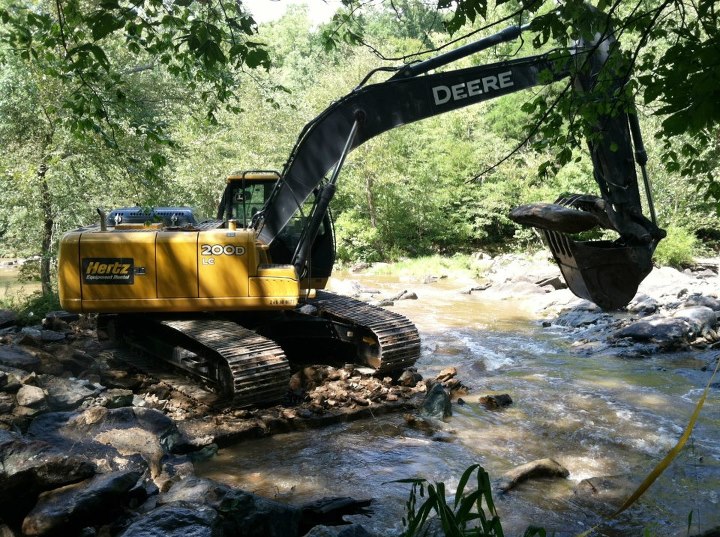 American Rivers will add the information on these 65 dam removals to its database of nearly 1,100 dams that have been removed across the country since 1912. Most (nearly 800) were removed in the past 20 years. American Rivers is the only organization maintaining a record of dam removals in the United States and uses the information to communicate the benefits of dam removal, which include restoring river health and clean water, revitalizing fish and wildlife, improving public safety and recreation, and enhancing local economies.

"The river restoration movement in our country is stronger than ever. Communities nationwide are removing outdated dams because they recognize that a healthy, free-flowing river is a tremendous asset," said Bob Irvin, President of American Rivers.

The complete list of dam removals in 2012 is available here.

Highlights of dam removal and river restoration efforts In 2012 include:

Great Works Dam, Penobscot River, Maine - Removal of this 1,000 foot wide dam during the summer of 2012 kicked off the historic Penobscot River Restoration Project, aimed at reviving native sea-run fish populations, cultural traditions and creating economic and recreational opportunities, while maintaining existing hydropower production along the largest river within Maine. The project, led by American Rivers and multiple partners including the Penobscot River Restoration Trust, continues with the 2013-2014 removal of Veazie Dam and fish passage improvements at other dams, including a bypass at Howland Dam. Ultimately, the project will significantly restore access to 1,000 miles of habitat for Atlantic salmon and numerous additional fish species.

Bartlett Rod Shop Co. Dam, Amethyst Brook, Massachusetts - The Bartlett Rod Shop Co. Dam was originally built in 1820 to provide power for the adjacent gristmill, and later provided power for a fishing rod manufacturing facility. The 20-foot tall stone dam had outlived its original purpose, and the structure had fallen into hazardous disrepair. The Massachusetts Division of Ecological Restoration, in cooperation with the owner, removed the dam in October 2012 in order to restore more than nine miles of upstream habitat and re-connect 253 miles of downstream habitat extending to the Connecticut River. Fish including brown and brook trout, American eel, and sea lamprey will benefit. This project was funded in part through a national partnership between American Rivers and the NOAA Restoration Center.

Headquartered in Washington, DC, American Rivers has offices across the country and more than 100,000 supporters, members, and volunteers nationwide, and is the leading organization working to protect and restore the nation's rivers and streams. Since 1973 they've fought to preserve and restore more than 150,000 miles of rivers through advocacy efforts, on-the-ground projects and the annual release of America's Most Endangered Rivers.
Paddling Life News on Playak is © and presented by:

drewgregory added a video. 3 days ago