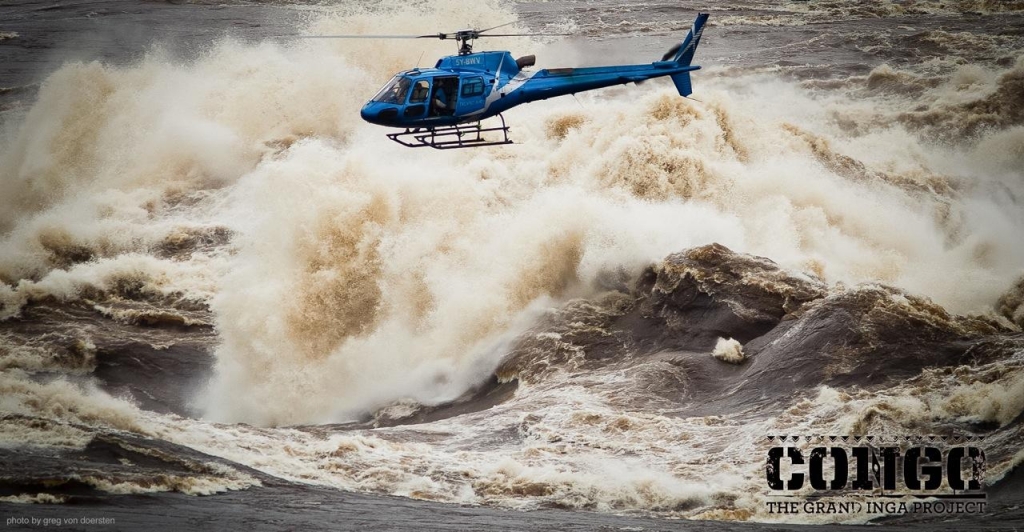 "With that in the back pocket, I'm off to go run the shit and shoot the crap out of it,"

Like two kayakers dropping onto the same wave, it was tie at this year's 30th annual 2013 National Paddling Film Festival in Frankfort, Ky., for Best Professional Documentary between Steve Fisher's hair-raising Congo: The Grand Inga Project and The Nomad by Anson Fogel and Skip Armstrong. Congo also was awarded Best of Show...

"The NPFF has been the nation's leading paddling film festival since it's creation 31 years ago," says Fisher, whose film also won Best Film at X-Dance. "While the X-Dance award was a major goals for us, our most important critics are still in the core kayaking community. Their approval proves the authenticity of both the film's quality and the vast scope of an expedition that successfully navigated the world's largest rapids."

Forge Motion Picture's 'The Nomad,' directed and edited by Anson Fogel and Skip Armstrong, features National Geographic Adventurer of the Year Erik Boomer as he explores the extreme arctic north, the seas and deserts of Baja, the streets of DC and the waterfalls of the Northwest.

"It was the second of the two main festival awards that I'd hoped to win for Congo," Fisher adds. "The first one was X-Dance, which is judged by mainstream judges with a good understanding of film. The second was the National Paddling Film Festival, judged by kayakers, validating its authenticity within the core paddling scene.

"Sales reflect marketing, the X-Dance award reflects film making, and NPFF reflects authenticity. So, job done, and thanks so much again to all those who made the mission and film possible."

Sponsored by the Bluegrass Wild Water Association of Lexington the NPFF has been bringing competition to the world of paddle sports cinematography for 30 years.

"The competition was fierce this year, with 50 percent more footage than average and all very high caliber films," says Bethany Overfield, director of the festival. This was Overfield's first directorship of the event, although she has been associated with the event (and it's nearly 400 yearly volunteers) for the last four years. The judging process, which relies on several judges in various categories to choose the best film, resulted in an even split in the documentary category, "no matter how you cut it," she says.

This year's event was guest hosted by Rush Sturges, Outside Magazine's Adventurer of the Year along with Steve Fisher, Ben Marr and Tyler Bradt for their Congo expedition. A filmmaker himself, Sturges was an easy pick to host the event, opening the show with an hour-long presentation about the trials and tribulations of whitewater filmmaking. Sturges's next project, a documentary featuring Mexican waterfall enthusiast Rafa Ortiz, is expected to be finished around this time next year.

"While there were lots of great films, it was really cool to see Congo win," he says.

Fisher, meanwhile, is hardly resting on his laurels (have you ever known him to rest?). Shortly after receiving the award, he was packing his bags and boat for four months of paddling and shooting. "With that in the back pocket, I'm off to go run the shit and shoot the crap out of it," he says.

carmenbaum added a video. 4 days ago nikel added a video. 1 week ago