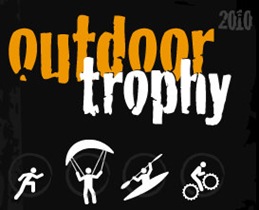 Report from the 9th Outdoor Trophy in the Bregenzerwald, Vorarlberg, Austria.

The Outdoor Trophy is a competition for teams of 4 and consists of mountain running, paragliding, kayaking, and mountain biking, which means it uses the same format as the Adrenalin Cup in the Czech Republic and the Red Bull Dolomitenmann in Italy. This is also reflected in the nationalities of the participants: Autrian, Czech, German, Italian, Swiss, and Slovak. This is the first time we report about the event on Playak, so the organizers hope for a wider range of nationalities next year, at the event’s 10th anniversary.

The teams have to master a total of 5000 altitude meters (16,000 ft) during approximately 4 hours, including some really steep uphill stretches. The mountain bikers for instance have to climb a steep hill of 400 meters, carrying their bikes: iron men and women only…

There had been tremendous amounts of rain during the weeks leading up to the event, which resulted in a part of the MTB track being washed away by a mud slide, so the organizers (a team of 160 people) had to re-route that part of the track last minute. Luckily, the weather was fantastic during the event itself - it continued to rain one hour after the last participant had crossed the finish line, so fears about the safety of paragliders and mountain bikers turned out unfounded. Ironically enough the water level of the Bregenzer Ache would have been too low for the event, so the power plant had to open up an extra gate or two…

Below are some photo impressions of the day: 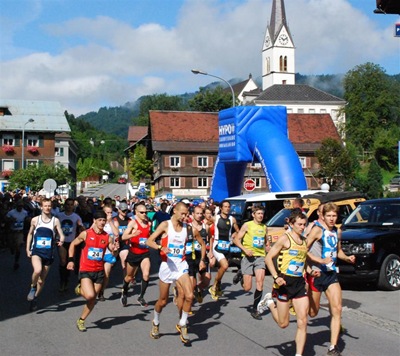 Mass start of the mountain runners in Egg. 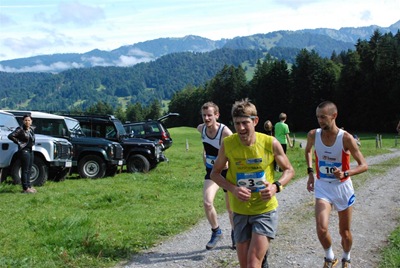 The same guys, some 30 minutes later, and 900 meters higher. 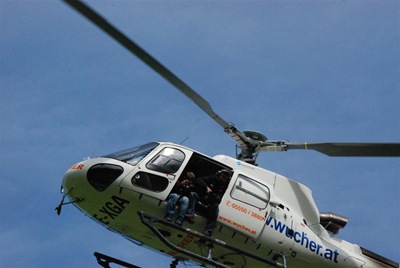 Looks like we’re taking photos of each other here :)

The mountain runners had to continue to master 400 more altitude meters, after which they handed over to the paragliders. Than terrain was too steep for us to reach by car… 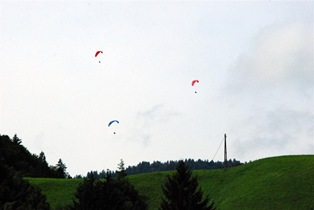 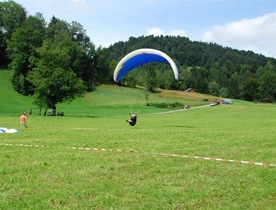 Landing of the paragliders.

Guys who failed to land in the target area had to run an extra round, with the full equipment, before handing over to the kayakers: 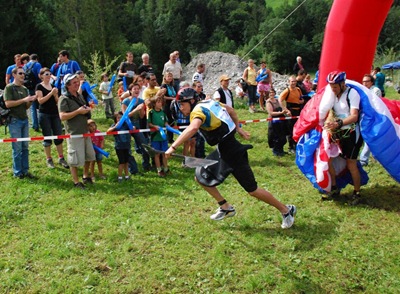 The kayakers then had to seal launch and run 8 kms of whitewater (with approximately a dozen slalom gates). 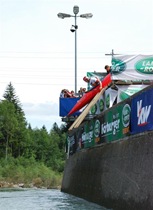 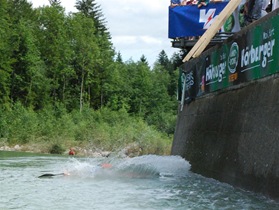 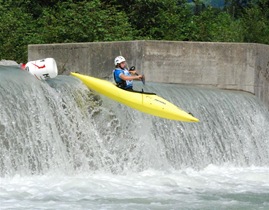 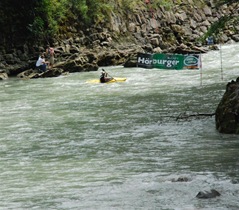 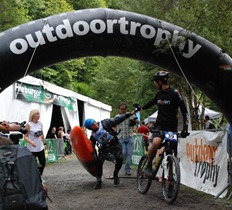 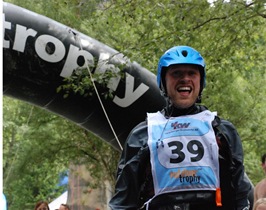 Handing over to the mountain bikers, craving for oxygen. 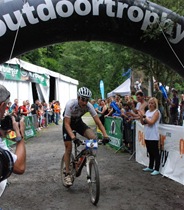 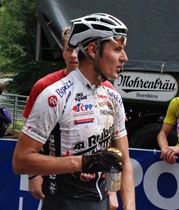 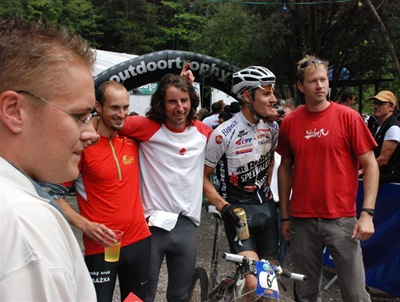 One interesting fact this year was that the Czech kayaker Lukas Kubrican, who started in an amateur team, was faster than all pro team kayakers…

And here are the complete results (as PDF files):

The Outdoor Trophy is a hardcore outdoor event for people in search of their personal limits. Great area, great people, great atmosphere. The only problem is the accessibility. The press was treated as VIPs and was thus driven from start to handovers to finish, but for ‘normal’ spectators it’s virtually impossible to visit more than one or two of the many interesting event areas.

PS Some words about the area: The Bregenzerwald is a beautiful area in Vorarlberg, Austria. It has lots of relatively low tree-covered mountains, good whitewater, great food, and very friendly people, who speak an Alemannic German dialect, which was great for me, as I could speak the Swiss German that I’m used to in Zurich – it’s that similar…