The Myklebustelva (or Mickey Mouse run) is a small tributary to the more famous Valldøla running through the valley named Valldal. It is a beautiful low volume creek (class III and IV) in a small wooded gorge, consisting of 12 or so drops and slides between 2 and 7 m in height. The eddies are big enough to stop after each drop, yet small enough for the whole river to feel like one big combo rapid. Altogether, the run is probably a little under a kilometre, and there's a small road straight back to the top, making it possible to do as many runs as you have the energy for.

The best time of year from late summer until the river becomes solid ice. The river only need between 5 - 0.5 cumecs. Water temperature is cold.

There is one rapid on the normal run which is worthy of mentioning: the highest waterfall on the run. This drop is very shallow on the left and deeper on the right. This is a must-make boof. On high waterlevel you can run it, but on low water is it worthy of a portage. Portage on river right. 7 meters onto 30 cm of water is not good. If you run it, be sure that you end up close enough to the rock protruding on river left. 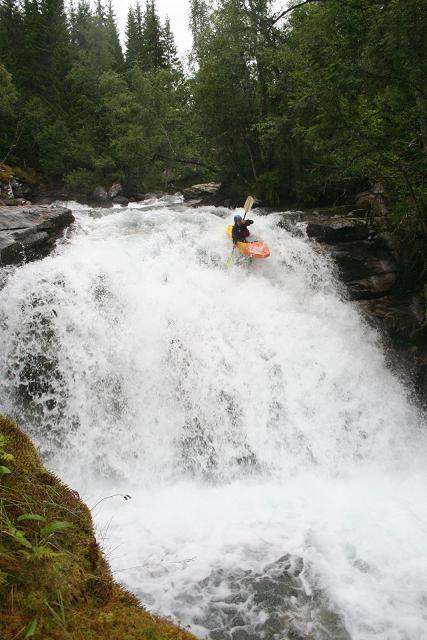 The highest waterfall on a perfect level. Worth a portage on low water.
Paddler: Nick Horwood. Photo: Gaute Holthe

From Valldal, take the Rv 63 towards Trollstigen. After about 7 km you reach a bridge and then a small stadium on the left side of the road. You have to take the road up to the left just before the bridge (so if you drive to far, turn around and find the bridge and turn to the right). You drive through some farms, so drive slowly. Find the gravel road which goes up toward the mountains. After 500 metres you reach a gravel parking-spot. This is the take-out.

To get to the put-in; drive further up the road until you reach a 180-degree turn. Just downstream of here is the put-in. We normally put-in just after a double drop where the first drop has a solid towback. If the double-drop is runnable, bushbash further up to find more goods, but then you have to portage an unnrunnable drop on the way down again. Where you find a double drop and the river is diveded in two channels is the upper put-in. The waterlevel is best checked at the brigde of the Rv 63. If it looks to low to run it, it's perfect. The river changes character from the take-out and down to the bridge. 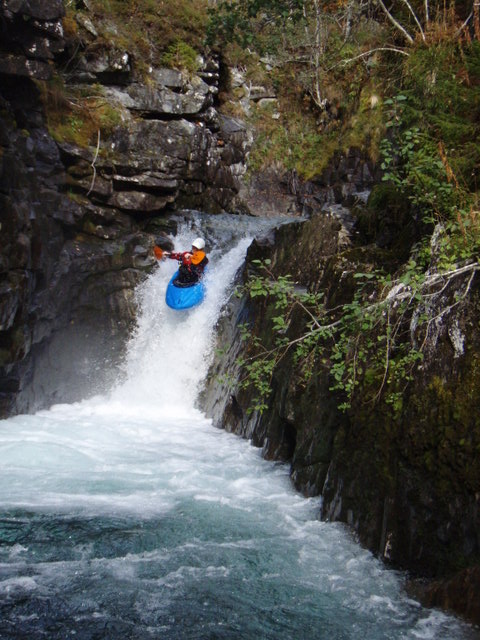 The locals who owns the road welcome us if we don't throw around garbage.. The river is also drinkingwater, so don't pee in it!

It is also likely to meet local kayakers. Make them guide you down the river blind - more fun. You can also hook up with them through the local rafting company. Buy them a couple of beers and they will gladly show you their after-work-homerun. I've worked with that company for years, so I know! 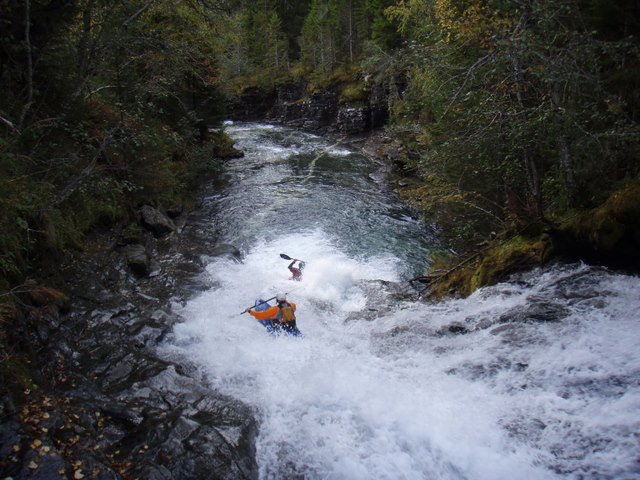 Myself, after multiple descents.