Late August the Canadian Team Trials were held on the famous Garberator wave on the Ottawa River, Canada. The day showed up with lots of sunshine, a great waterlevel and excited paddlers. The people on shore got what they wanted: An amazing show-off of male and female Canadian wave junkies….

No technical points got awarded, simply different moves. Clean, big and huge air bonuses were added to the score, and if the paddler did one massive move but washed off the back of the foam pile the judges would normally reward it, but subtract 6 points of the actual value. 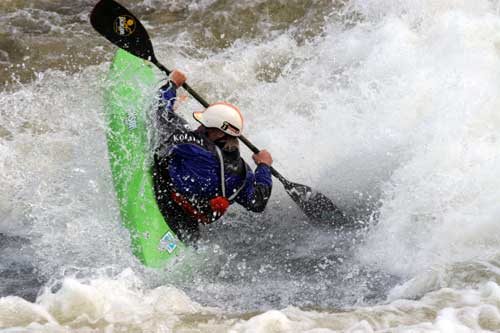 In the ladies class it came down to a tough battle, with four women standing out. After prelims Ruth Gordon was third, Tiffany Manchester second and Carlie Mcdonald first. Dominique Gauthier just missed out on a finals position, being one point behind Ruth. In finals Ruth stepped it up and threw two airblunts, a backblunt and a pretty sweet donkeyflip that saw her washing off the wave. Being well ahead of the next ladies, she is the first boat to represent Canada in the next World Championships. 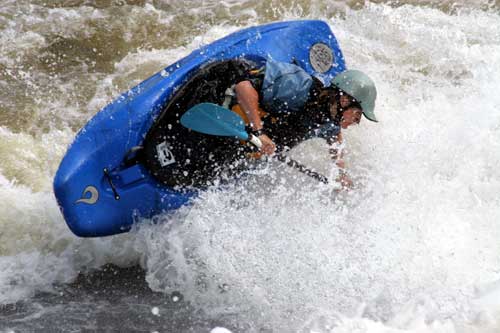 In the Mens class the battle was a serious one. Out of the 23 competitiors, at least eight or nine really deserved to get on the team. The problem was that there are only five spots…

In the prelims the cut went from 23 to 10, leaving Patrick Camblin in top position with a massive score. He threw airblunts, pan-ams, backblunts (air of course), a super nice flashback, (which got rewarded a throphy move by the judges if it was big enough…and it was!) and the rest of the moves on the scoring sheet, ending up around 45 points ahead of number two, Ben Marr. Third was local stud Nick Troutman, followed by the always smooth Tyler Curtis. Other big names were Kelsey Thompson, a super talented young gun with a great style, Billy Harris and local Joel Kowalski.

However, the next cut was the nerve racking one, from ten to five. Whoever made top five would represent Canada in next years Worlds on the Ottawa River.

Kelsey Thompson threw down hard, earning a first after the semis, with Nick Troutman and Ben Marr close behind. Billy Harris came in fourth. Then it all came down to the fifth spot. Before Patrick Camblin took his last ride, Tyler Curtis was in fifth place. Essentially, after a weak first ride, Patrick had to beat Tylers score to make the team in his second and last ride. 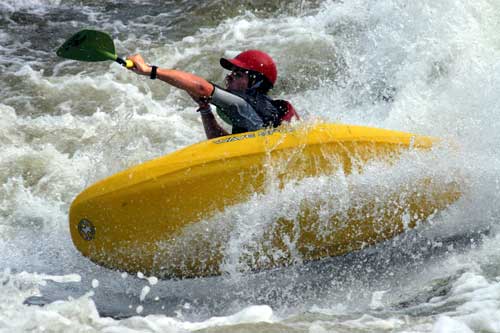 As the crowd waited for Patrick to go off and produce the ride of the day, the unfortunate young gun washed off the wave with a dissapointing 28 points. Not even close to beat Tylers score.

This is where it all gets very difficult. All the top ten paddlers could have made the team, but unfortunately some had to lose. I am sure all of the paddling community felt with Patrick as he floated downstream, ending up on a seventh place in total. However, Canada is sending one of its strongest teams ever, to surf on their home wave on their home river in the 2007 World Championships! Watch out..

After the finals the points left the Canadian Team looking like this: 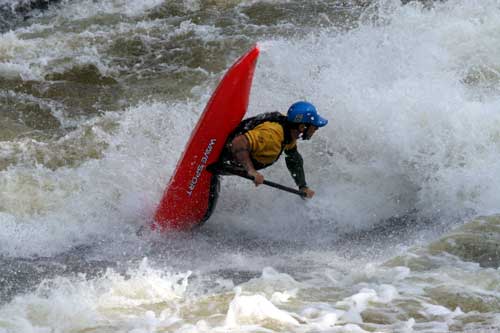 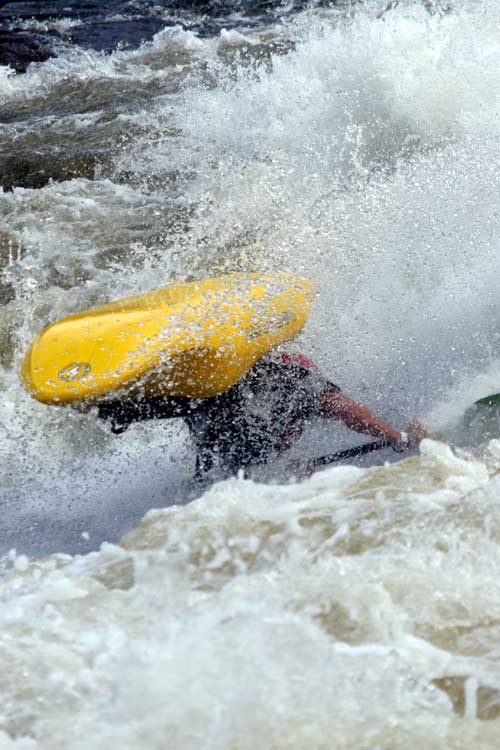