The weekend came around with hot weather, high water levels and lots of people. This must be one of the biggest multi sport events in Europe by now, with thousands of people enjoying everything from Boater-X to BMX riding, including break dancing, motivational talks, skateboarding and surfing. 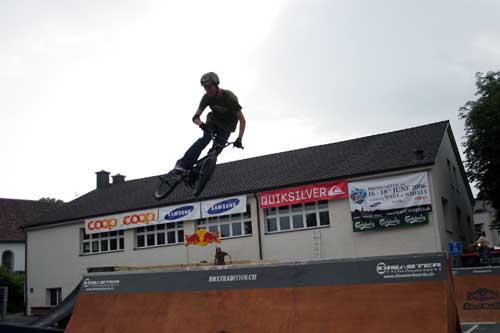 Almost thirty pro men signed up for the Boater-X, along with ten pro women. The participants had to start in heats of three or four. At the go signal they would slide down the ramp, launch two meters before landing in the Reuss river to start the fighting. There were different gates you had to make, and also a compulsory eskimo roll under a banner.

Friday was set for the prestigious time trial, where the contestants kayaked the course one by one, as fast as possible. The ones with the winning times would be able to choose their position off the starting ramp in every round of the Boater-X the next day, so everybody was pumped on doing well (and everyone tried to forget how hard it is to race as fast as you can in your playboat, since creekboats were not allowed…). 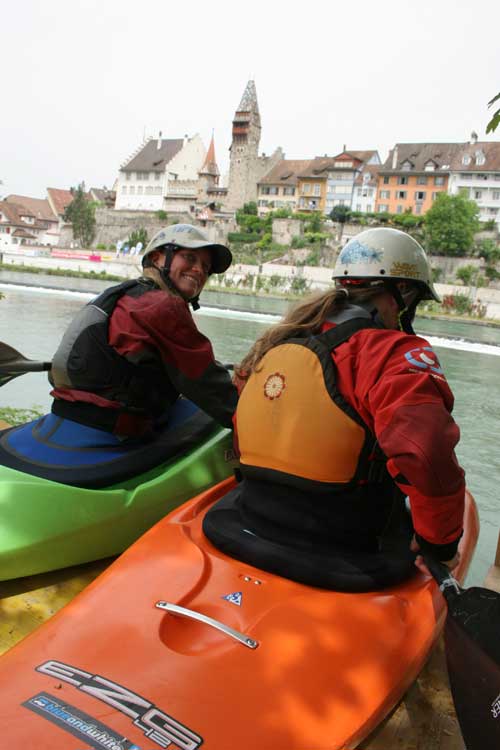 Nick Troutman from Canada showed fellow team member Eric Jackson how it is done when he won top spot in the time trial, leaving EJ in second place, and in the women's category I managed to claim the first spot, beating the second girl by six seconds… (and two thirds of the men…)

Having a longer playboat was of course a plus, and personally I was very happy with my Dagger Crazy 88 as it is a fast boat also on the flatwater ;)

Saturday was an amazing day, with thousands of people moving through the streets of Bremgarten. TV was of course a big part of it, and the winners from each round did an interview just after they got on shore. Cameras were following all the different events, showing it all on a big screen, gathering hundreds of spectators in front of it. At night bands were playing and Bremgarten turned in to a buzzing nightclub with hundreds and hundreds of party animals. We all simply loved it… 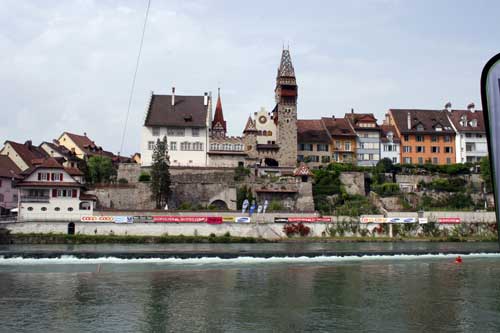 There were lots of exciting races, with people landing more or less on top of each other off the ramp, fighting to get to the first gate, and not least fighting at the two last gates just before the finish line. Favorite Nick Troutman did unfortunately not make it all the way to the final, nor did fellow Canadian Tyler Curtis.

In the final EJ misheard the starter and slid down the ramp three seconds before he was supposed to, looking a little confused when he suddenly realised that no one was following… However, the next time he got it right and clawed his way to first spot on the result list.

In the women's it was quite exciting, as I got a good start and was way ahead of the pack the whole race, but miscalculated a bit before the last gate, allowing Emily Jackson to show off her slalom skills and sneak in front of me. In the end she got the crown and I got the second spot, with Dutch hot-shot Martina in third place. 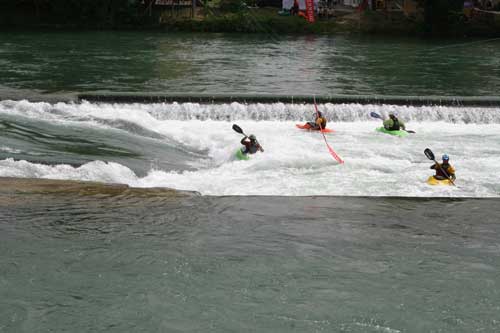 Thanks a lot to Simon Hirter, main organizer, and to all the volunteers that helped make this the best Waves and Wheels ever!

See you next year!
Mariann Saether