The western gap is an area of extremely confused water that results from several break walls that border an area where the lake suddenly becomes shallow. When this area experiences wind stronger than 15 knots from the west or the southwest the wind waves generated further out in the lake converge into this area and get forced up to greater heights. These waves combine with waves reflected back off the break wall and create destructive and constructive interference of waves. These waves have been known to actually throw kayaks out of the water.

In this area you can surf both the incoming waves as well as the reflectionary waves going back out to the lake.

If you follow along the edge of the island airport the waves really jack up here and are a little easier to surf. The Breakwall is serrated though, be careful not to hit it.

The waves at the gap become excessively big if the wind speed gets up to 20-30 knots. Know your rolls like the back of your hand if you end up going out here during these high winds. 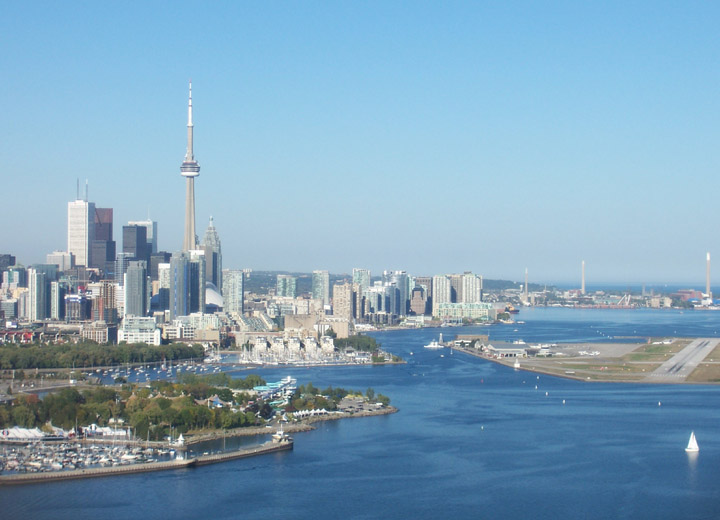 The best surfing happens right in front of the national yacht club and to the northwesternmost edge of the toronto island airport. 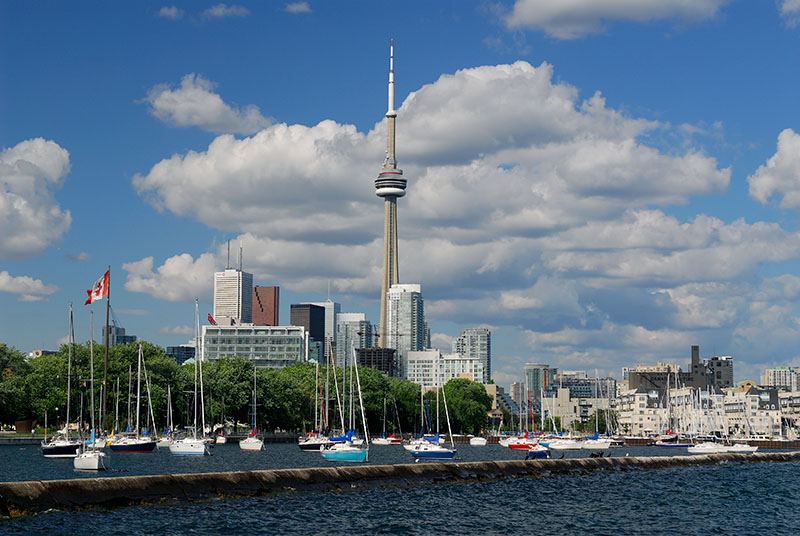 Most of the break walls surrounding the area have lots of exposed rebar.

There are several collapsed sections of the breakwall around the gap. 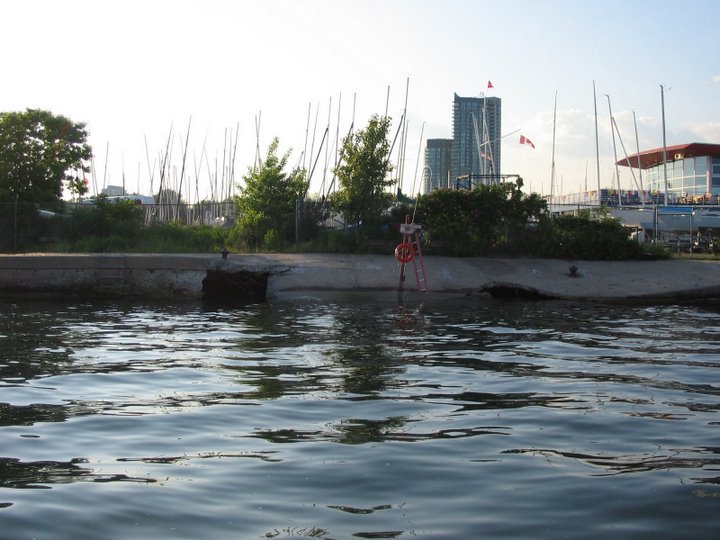 No easily accessible takeouts directly around the gap, paddling into the nearby marina is the quickest way to get out of trouble.

If the wind is not that big, there can be extremely high traffic in the gap.

Get on the QEW from the west and head into the Toronto downtown. Get off at the lakeshore boulevard exit and travel along it until you get to Bathurst st. Take a right onto Bathurst then a left onto Queen's Quay. Finally travel approximately 1 kilometre and turn right onto Rees St. Directly in front of you is the Marine police station and right is the Harbourfront Canoe and Kayak centre. You can launch from the centre's dock and you can park across queens quay at the parking lot.

Sailors- lots of yachters use the gap to get out into the lake to sail. They are usually pretty good about keeping an eye out for you but keep your wits about you.

Powerboaters- On big wind days this isn't much of an issue, however if the wind is a little lesser these guys can be a major hazard. These guys aren't so good at keeping an eye out for you. Be exceptionally wary.

Tour boats- Move slowly, might not be able to see you. Keep your eyes open.

Paddlefest Toronto is held on a beach just a couple of kilometres down from here every june. The wind is usually not that big in the spring, but it might be a good time to meet some of the locals that paddle the gap regularly.